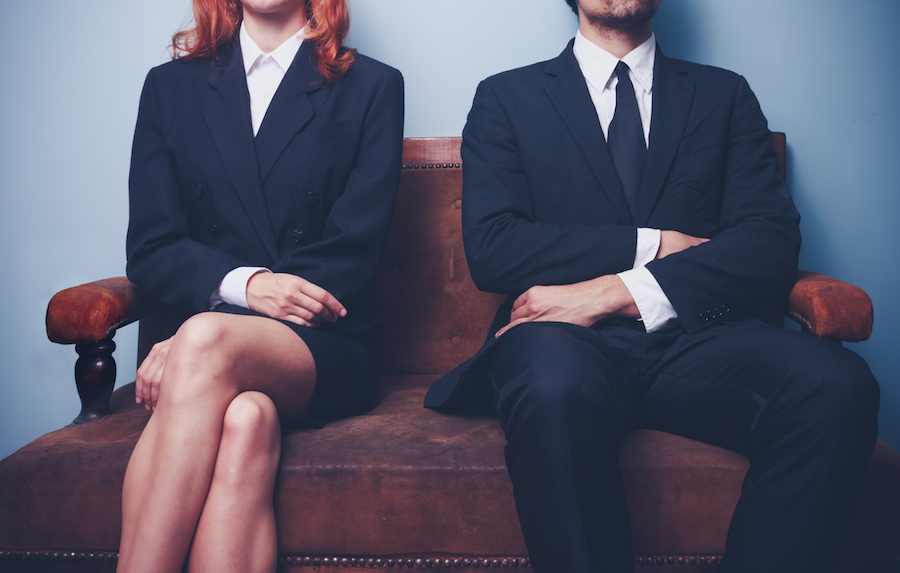 Not long ago, I watched a colleague sit through a tense meeting discussion with her leadership team. In the middle of the meeting, she took off her glasses and simply sat for a few moments in silence. She didn’t speak a word. Her presence said it all.

The topic of discussion was how her team of managers was going to collaboratively assign joint responsibilities for a new, high visibility project. Egos were on overdrive. The tension in the room was thick. The backroom conversations had been held, the camps had been formed and the politics were as twisted as a “Survivor” episode.

Quietly pausing, even for those few, brief moments, gave my colleague an opportunity to collect herself, to acknowledge there were great people gathered around this table whose better selves were somewhere else at the moment. She felt her feet on the ground and allowed her attention to rest with her breath. She chose to mindfully engage with the present moment and her potential to lead this team skillfully, rather than to react out of frustration and feed the unproductive energy and behaviors being exhibited around the table.

Later that day, she told me that brief pause had provided her with the clarity and focus she needed to choose to act mindfully. She called for an immediate time out, gave the group a good, long break and asked to reconvene the meeting with a clear intention to begin the process of openly and respectfully discussing the issues at hand. Perhaps most importantly, this break was for her. She took the time to clearly and compassionately evaluate her own role in allowing these destructive team behaviors to flourish. Had she perhaps habitually consented to reacting to daily distractions, rather than responding to real opportunities to lead?

When the meeting reconvened, she chose to lead. She asked the team to address the original meeting objective and to courageously begin the conversations needed to unpack the underlying tensions. The journey continues: while holding herself and her team members accountable, she also wisely and bravely began the process of shining a light on larger, conflicting organizational practices that may be putting new projects at risk.

At the Institute for Mindful Leadership, we describe “Leadership Excellence” as the ability to authentically connect with ourselves and others and to courageously initiate and guide change. With change often comes the potential for conflict, especially when workplace issues around power, influence and authority are not given the space they need to be legitimately addressed. As my colleague in the above story illustrates, first and foremost, the role of a mindful leader is to be steadfast in her intention to be fully present to those she serves.

Most of us have probably experienced something similar to my colleague, or spent a sleepless night or two dealing with the ramifications of office politics. As challenging as it may be, effective leadership creates workplace cultures that promote skillful communication and the wise and compassionate use of power and influence. We must learn to listen deeply to those with concerns, coaching employees and colleagues to raise issues constructively and in the light of day, rather than in the shadows of gossip, innuendo or retaliatory behaviors.

As leaders, we must embody in words and deeds the values and practices we expect from others. It is important that we take the time to reflect honestly on our own role in possibly perpetuating an atmosphere that allows for office politics to flourish. When we use our mindfulness practice as a daily opportunity to see more clearly, to pause and choose to act with integrity, it can have a powerful ripple effect on our organizations.

It takes courage and commitment to address potentially destructive workplace behaviors and cultures. A mindful leader clearly and compassionately shows the way.