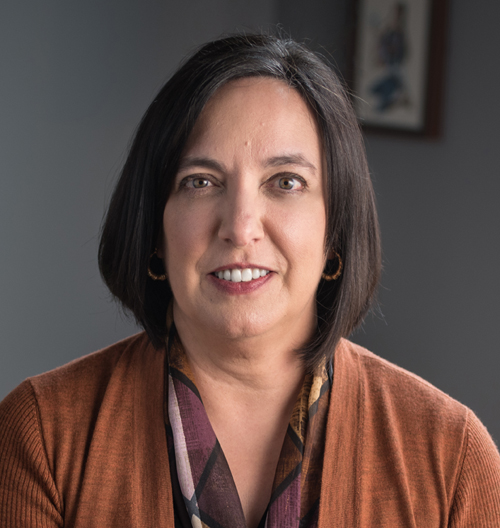 Author, Finding the Space to Lead: A Practical Guide to Mindful Leadership – 2014 Nautilus Award Winner. Janice is also a contributor to Forbes.com

Janice Marturano is the Founder and Executive Director of the Institute for Mindful Leadership, a non-profit organization dedicated to training and supporting leaders in the exploration of mindfulness and the fundamentals of leadership excellence. She founded the Institute for Mindful Leadership in January, 2011, after ending her 15 year tenure as Vice President, Public Responsibility and Deputy General Counsel for General Mills, Inc.

Watch the Huffington Post’s profile on Janice Marturano below:

Janice was a strategic leader within General Mills for nearly 15 years before leaving to dedicate herself full time to the Institute. While fulfilling her duties as a corporate officer at General Mills, she also co-developed the very first mindful leadership curricula at the University of Massachusetts Medical School’s Center for Mindfulness where she served as a member of the Advisory Board. As a certified teacher of mindfulness and an experienced former officer of a Fortune 200 company, she has brought the intensive training of mindful leadership to leaders from all forms of organizations-corporate, non-profit, academic, government and military. In 2013, she was invited to share her understanding of the importance of mindful leadership at the World Economic Forum in Davos, Switzerland and again at the 2014 World Economic Forum Conference in Tianjin, China.

Janice’s work has been featured on the BBC, Huff Post Live, and in the NY Times, Financial Times, Saturday Evening Post, Time magazine, and LA Times. Her book, Finding the Space to Lead has become required reading at business schools, such as Columbia, NYU and USC. It has been or is being translated into many languages including French, Norwegian, Spanish, Polish, German, Chinese and Korean. 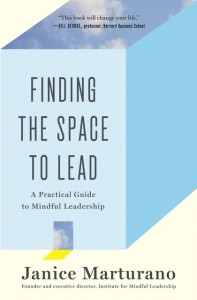 Finding the Space to Lead

Clarity, focus, creativity and compassion: these are the attributes of mindful leadership. In this plain spoken, accessible guide, Janice Marturano, a senior executive with decades of experience in Fortune 200 corporations, explains how to integrate the practice of mindfulness-meditation and self-awareness-with effective techniques of management and mentorship.